Ronny Sen (1986) was born in Silchar, Assam. He moved to Salt Lake City in Calcutta in the early-90s with his family where he still lives and works.

He made his first artist book titled Khmer Din in 2013 which was shown at the Photobook Fest during Paris Photo as well as the National Museum of Singapore. He has been awarded by the Sony World Photography Awards, National Geographic Magazine, United Nations, Powerhouse, and the Forward Thinking Museum. Sen represented India at the World Event Young Artists in Nottingham (2012) and was the recipient of the Jenesys Creators’ programme for an artist residency in Japan, organised by The Japan Foundation, New Delhi (2012). He was invited for a masterclass at the University of California in Berkeley and was nominated for the fourth and sixth editions of the prestigious Prix Pictet award. He also won the first prize at the MFI Awards (2014).

Sen has photographed the Indian General Elections in 2014 for the United Nations and Fabrica, Italy. In 2015, Polish Institute invited him to be an artist-in-residence in Poland. His works were part of the exhibition Abandon, presented by the Gujral Foundation (2015). His photographs are also included in the permanent collection of the Alkazi Collection of Photography. He is currently working on his next book and his upcoming exhibitions include Arena at the Belvedere Museum, Netherlands.

View all posts by nilankur 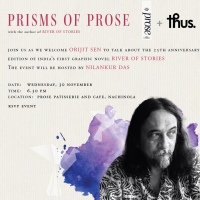