Climate change is here, and it’s already hitting Australia hard.
Their Great Barrier Reef is being bleached by climate impacts, their Pacific Island neighbours inundated by rising seas, and their communities and cities smashed by record heat waves.

That’s why they must Stop Adani. The Adani coal mine would be the ​biggest coal mine in Australia’s history, ​and one of the biggest in the world. It’s an enormous project in regional Queensland that would include 6 open cut mines and 5 underground mines, covering an area more than 30 kilometres long. More than just one mine, Adani plan to mine and open up one of the largest fossil fuel basins on the planet – the Galilee Coal Basin – containing over 29 billion tonnes of coal. It must not go ahead.

But Adani’s coal mining plans are moving forward. Adani has most of the state government and and Federal government approvals they need to build the mine. There are Traditional Owners of the lands where the mine would be dug, and they have​ said no to Adani four times.

So in 2017, as Adani pushed ahead with their plans, the #StopAdani movement rose to meet them! Now there are more than 35 organisations in the Stop Adani Alliance.

Representatives from Goa Against Coal will speak about their experiences and will comment on their stand against Coal.

There will be North Eastern Food. It is a donation based event. 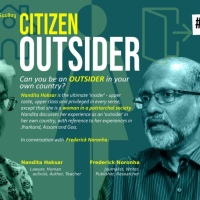 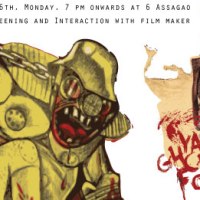 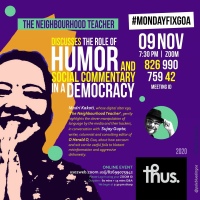